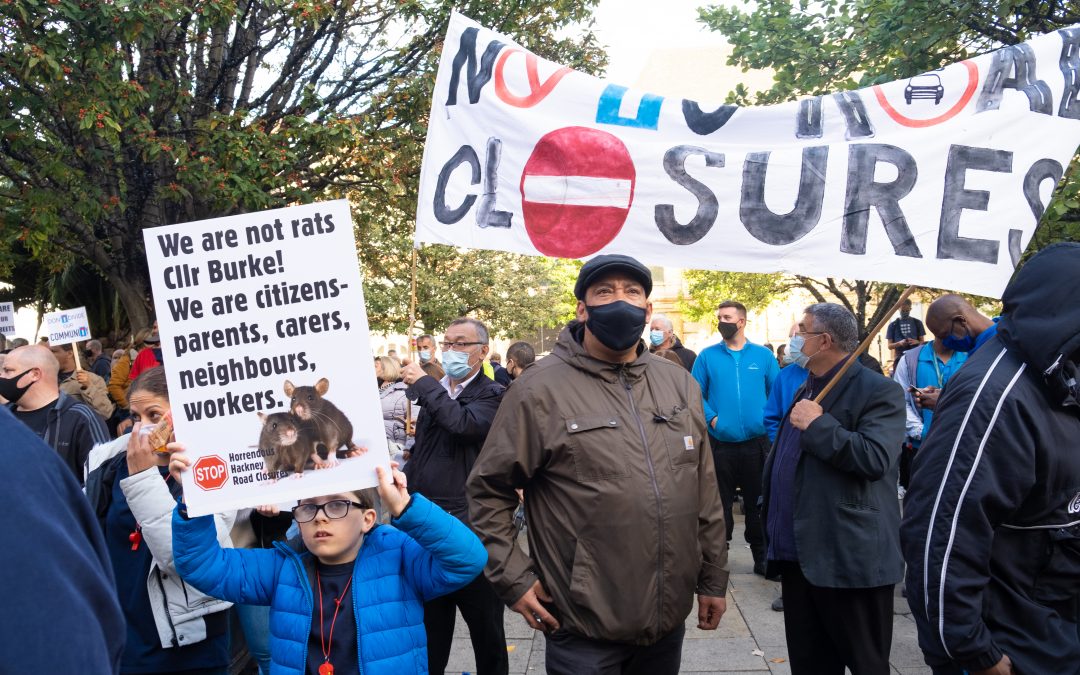 An open letter to the Mayor of Hackney

I am a 63 year old Stamford Hill resident. I have mobility issues – I suffer from spinal stenosis, asthma, diabetes and fibromyalgia. I rely heavily on my car, as I can only walk short distances and I cannot use public transport at the moment because I am very vulnerable to Covid. In fact I can rarely use public transport even without Covid, unless it is more or less door-to-door.

Since Hackney LTNs have been put in place, I have personally been affected very much by the increased traffic at Upper Clapton, Lower Clapton and right around the borough. A journey across Hackney, to the A12, takes over an hour now to cover the four miles, where previously it would only have taken around 20 minutes. Having to sit in traffic for extended periods of time causes me back pain, muscle stiffness and exacerbates my asthma.

I can no longer go from one place straight to another, as I would have done previously, as I have to sit for so long in traffic that I need to go home to use the bathroom before I can set off to my next destination. An unexpected result of your policies.

I have been caught several times in traffic gridlock at the Lea Bridge roundabout and have witnessed ambulances and police cars trying to get through without success. Without a doubt this is placing those being transported to hospital in need of emergency treatment, at great risk.

Constant heavy traffic on Amhurst Road, Pembury Road and Graham Road is shocking. I really feel for those who live in social housing along those roads, who are now unable to open their windows due to high pollution and noise from frustrated motorists. I have a friend who lives on Northwold Road who has two autistic young sons. She cannot open her windows, due to traffic congestion and it is seriously affecting her children. There are schools along these major roads, whose pupils must also be affected by the fumes from stagnant traffic?

Delivery drivers, small businesses, cab drivers, buses, carers trying to reach their clients are all affected by these measures. Some areas are no longer serviced, as it takes so long for tradesmen and delivery drivers to reach them.

I read just today of a cab driver who, had to drop an elderly lady – on crutches with a broken leg – a five minute walk away from her home, as he was unable to get to her house, now in an LTN.

I think very few people, motorists or otherwise, would dispute the need for reduced pollution in the borough, but these measures have increased pollution outside of the LTNs. Children in these areas are more at risk of pollution! A scheme which was supposed to make life safer for cyclists has only increased the danger for them!

This whole scheme was ill-thought through, poorly implemented, lacks consultation and for so many residents is a complete disaster.

One may be forgiven for thinking it is only serving to increase congestion in Hackney deliberately, so that ULEZ can be extended throughout Hackney, thus making cash cows of motorists yet again!

Instead of closing off roads, why not offer motorists discounts to switch to electric cars? Many of your constituents are unable to walk more or jump on a bike! It’s time you took their needs into consideration. We are taxpayers too.

Yours, a very disgruntled former Labour voter of Stamford Hill.