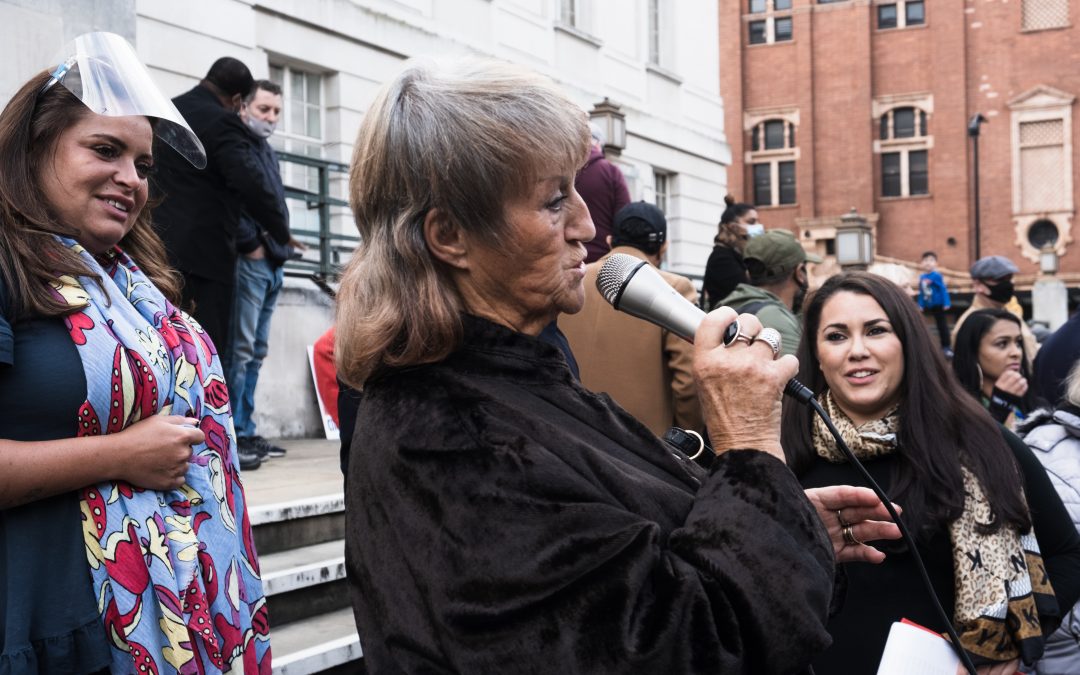 A survey of London drivers has found that roadblocks and Low Traffic Neighbourhoods (LTNs) introduced across the capitol, to protect children and communities from rat-running motorists, are having a disproportionate impact on women.

The online survey was carried out by Horrendous Hackney Road Closures (HHRC), a community campaign organisation formed last September by a group of Hackney women and is now the largest anti-road closure group in London with over 7000 members.

Hackney Council says drivers are minority in the borough and should be put at the bottom of the ‘pecking order’ and council bosses have branded protesters as thugs and degenerates, representing only a self-interested, bigoted minority.

“The council and pro-LTN groups have been consistently misrepresenting who we are and villainising  drivers.” Says Josie Hughes from the group.

So the campaign group put together the survey to find out a little more about why people still choose to drive. “We kept the questions as objective as possible, we avoided asking about people’s views or feelings about road closures”. Says Josie.

More than 700 residents took part in the online survey, which was live throughout November last year. Sixty-six per cent of respondents were women. “We already knew from our Facebook group stats that women were the majority in every age category, from 17 to 70.” Explains group member Ruth Parkinson. “Clearly the issue of road closures is particularly hard-felt among women.”

The survey asked about how important owning a car was to the life and wellbeing of their family? Could they forfeit their car without it harming family life? The answer was a resounding no. Ninety-three per cent believed that, “giving up our car would be detrimental to family life.”

Many women today rely on their cars to help them with a myriad of responsibilities, and some of the many comments in the survey illustrate this very well.

“I’m a single mum, self-employed as a cleaner and I have to drive to my clients, due to all the necessary equipment I use. I also care for my disabled grandad who lives in another borough. I take him for medical appointments and take care of him. Without a car I simply would not be able to work, be a mom and a carer all at the same time.”

“We are a large family of adults who share a car. I need access to the car as I do the household shopping, but also to take my elderly parents for appointments. Some of my extended live locally but others live in different parts of London, are not easy to get to on public transport. Our family is our support system, especially now with elderly relatives.”

“So many women are performing a precious daily balancing act which they can only do with the time-saving convenience of a car.” Says Ruth. “Cars have opened up so many possibilities for women and their families.”

The survey asked about other reasons Hackney residents have for driving. Seventy-nine per cent said they use their car regularly to help others outside of their immediate family – elderly neighbours, friends etc – to do things they would otherwise find difficult.

“We underestimate the usefulness of our cars as a community resource.” Says Ruth. “Many of our neighbourhood are held together by informal networks of helpers, carers, companions and shoppers. So often the car is an essential part of that equation.

Over the years I’ve used my car for work, to get myself, and colleagues, to and from work, for school and child care drop-off, shopping, ferrying my mum around, taking neighbours to hospital, rescuing stranded teenagers, going to weddings, funerals, christenings, picking family or friends up from airports, train stations, to help friends move house. The list is endless.”

The council say that roadblocks and LTNs are helping to discourage short ‘unnecessary’ car journeys of one or two kilometres, leaving the roads clear for those who most need them. The reality is quite the reverse, say campaigners who are calling on Hackney Council to scrap all road closures and LTNs introduced last year.

Information for editors about the HHRC

We formed in September 2020 in response to Hackney Councils LTN road closure program. We are made up of over 7,000 local residents, we are a cross-generation, cross-community movement, we are pedestrians, motorists, wheelchair users and we are cyclists. .

Every single road that has been blocked to be reopened immediately.

Removal of Low Traffic Neighbourhoods across the borough.

Full resignations of the architects of this chaos – Mayor Glanville,

A referendum on abolishing the post of Mayor of Hackney.

Full reinstatement of all (removed) cash parking meters throughout the borough.