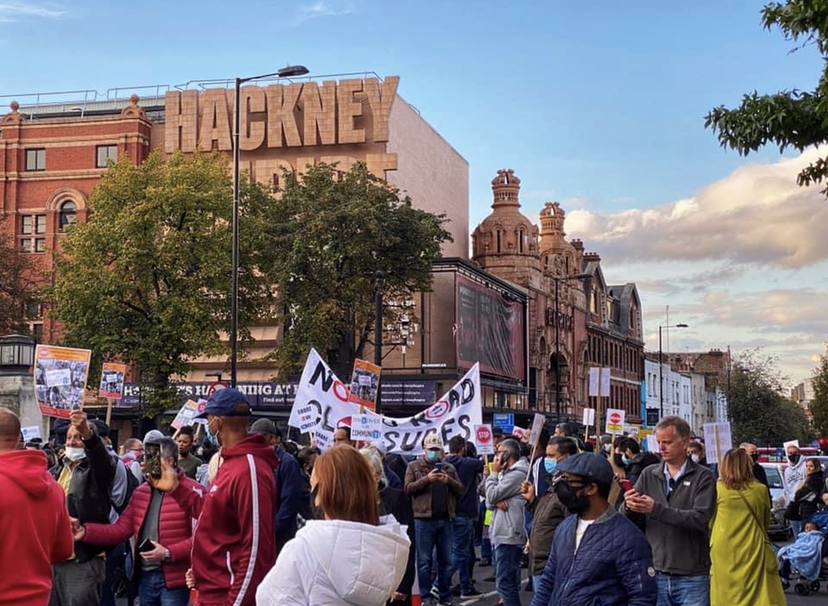 The surprise departure of Cllr Burke is welcomed by residents’ campaign group Horrendous Hackney Road Closures (HHRC), who demand Hackney Council overturn all the road closures it introduced in 2020 without full prior consultation.

Cllr Jon Burke was the key architect of Hackney Council’s LTN road closure initiative, causing untold misery for thousands of residents since their introduction. Traffic has become log jammed on many major roads; journey times lengthened; while essential workers and emergency services have dramatically less access to many local streets.

The group say they are also glad to see the back of Burke because he epitomised the Council’s top-down, we-know-best approach, that involved no consultation with residents about our needs, and instead relied on Twitter to ‘engage’ the public. Often this involved castigating residents rather than engaging them in a genuine conversation about how to understand their needs.

“Cllr Burke’s infamous arrogance and rudeness was nothing more than a reflection of the contempt the council has shown towards residents over these road closures and Low Traffic Neighbourhoods.” says Niall Crowley of HHRC.

“He may be gone but I’m afraid the problem is bigger than him, and it has to change.

Is not acceptable to treat residents with contempt in this way. If nothing else, it makes for very bad policy.”

“The feeling amongst our 7000 members is that the council is interested virtue-signalling about its Green credentials and appealing to healthy young, affluent cycling advocates, and those of us who have lived here all our lives or who don’t fit the picture can go to hell. Says Niall “We need a change of approach, not just a change of face.”

“Many of our members are beginning to ask if the Mayoral system is right for our borough. Hackney has been chaotic for months. The Sunday Telegraph is reporting Hackney police officers saying that road closures and LTNs are preventing emergency services doing their job – something we’ve been saying all along. People of Hackney are rapidly losing faith in this administration and are looking for more democracy, more of a say.

Information for editors about the HHRC

We formed in September 2020 in response to Hackney Councils LTN road closure program. We are made up of over 7,000 local residents, we are a cross-generation, cross-community movement, we are pedestrians, motorists, wheelchair users and we are cyclists. .

Every single road that has been blocked to be reopened immediately.
Cancel all fines related to road closures.
Removal of Low Traffic Neighbourhoods across the borough.
Full resignations of the architects of this chaos – Mayor Glanville,
Transport boss Cllr Jon Burke and Planning boss Cllr Vincent Stops.
A referendum on abolishing the post of Mayor of Hackney.
Full reinstatement of all (removed) cash parking meters throughout the borough.