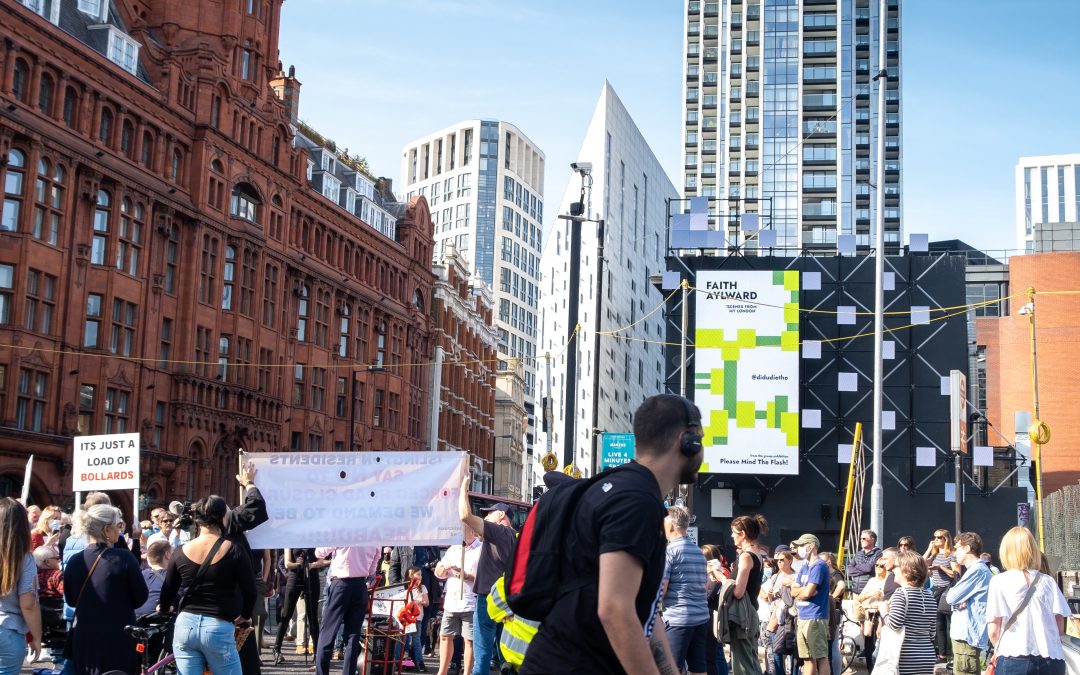 An open letter to Hackney transport chief Cllr Jon Burke from a resident and cyclist. 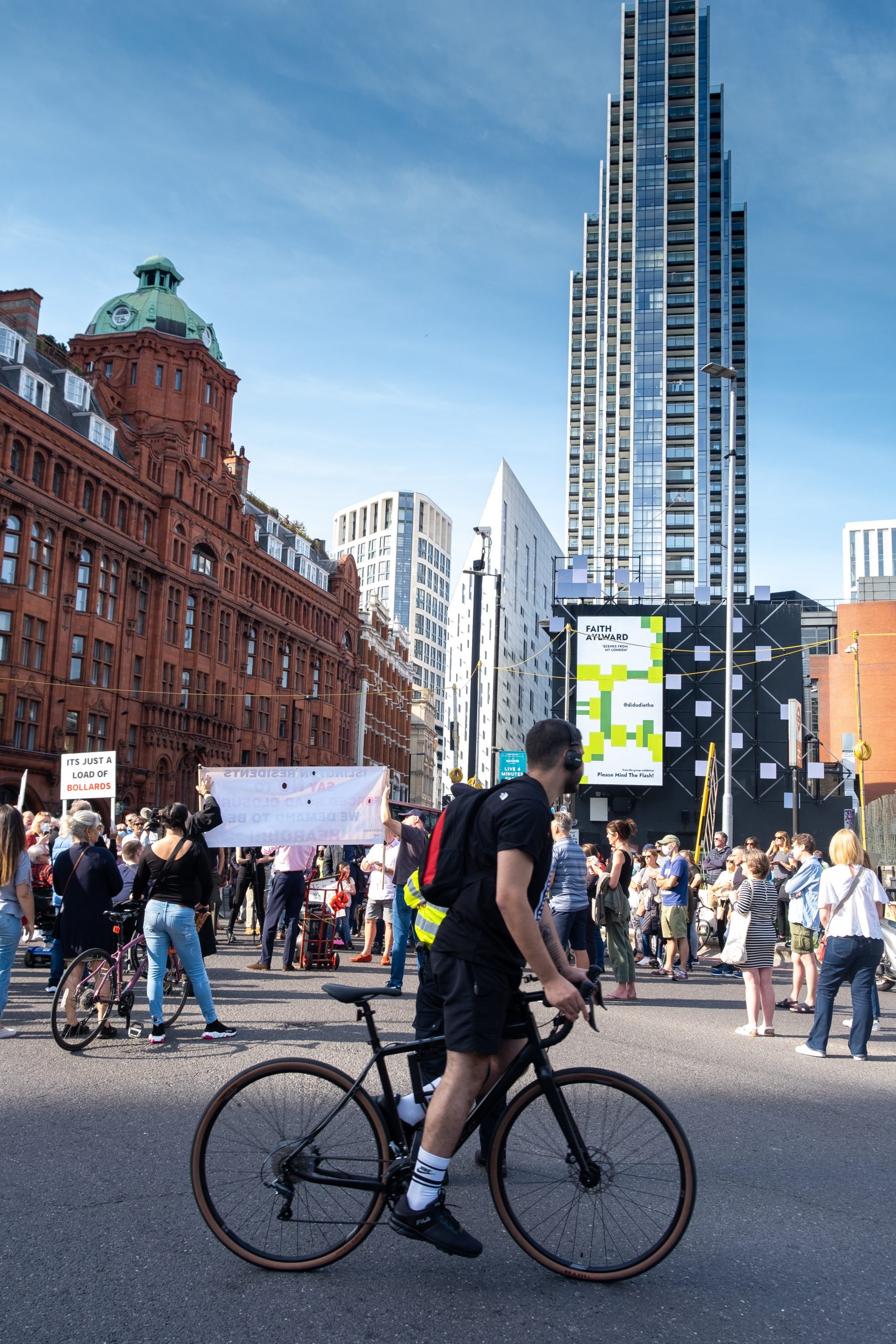 part of me believes that you are a career politician, trying to do the right thing for the environment. But, the fact that you so readily disenfranchise so many people and discount the hardships suffered at your hands – only speaks of your privileged world view.

Yes you may come have from a minimum wage Liverpudlian background but clearly you’ve lost touch. Somewhere along the way you have forgotten that as a councillor, your actions can cause harm as well as good for a huge amount of ordinary, working people. I understand the motive of environmental action because I’m on that side of the movement too. I’m a cyclist and part of the XR movement. You might be surprised how many of us are against you.

The reason why? True environmental action has results, whereas your plan is just greenwashing. It takes scant evaluation of the road closure scheme to see why:

Do the road closures represent viable cycling corridors for people commuting? No.

They are by no means a direct route to anywhere.

Do the road closures result in less pollution? No.

They’re mostly in already low traffic areas, used by locals to access arterials, schools, medical facilities and petrol stations (yes the odd “rat runner” uses them too, but not many). It’s pretty obvious any local pollution reductions is just relocated from one area to another, putting peoples lives in danger (where’s the benefit?). Additionally locals are now forced to drive further and longer, just to reach major roads, and vice versa, so fuel consumption and pollution increase.

Do the road closures reduce traffic in Hackney? No.

The closures have reduced traffic by small amounts on insignificant roads, but on the roads that people actually use to get to work or hospital, or to care for someone in need, the traffic has become ridiculous!

Do the road closures make cycling safer? No.

According to the London collision map, only a small amount of cycle Vs vehicle accidents happen on the roads that have been closed. By far the greatest amount of accidents happen on the major roads where you have failed to install dedicated cycle lanes. Why do cyclists choose do use these routes despite the danger? Because they are commuters with no time for scenic journeys through Hackney.

Do the road closures make sense? No.

Many of the closures are located adjacent to existing cycling routes, that cyclists actually prefer and offer more direct routes (like cutting through Hackney Downs).

Do the closures pose a safety risk? Yes.

Over a recent weeks main road congestion has dramatically increased to the point that even when using any available space, emergency vehicles have been trapped by traffic that have now where to move to. This will cost lives (we’ve all witnessed this and it’s getting worse. How have you missed it?). With all this in mind the residents of Hackney, rightly assume that his is just eco-political puffery and greenwashing.

Do these road closures result in additional foot traffic for local retail? No.

The vast majority of these closures are located nowhere near retail areas.

You claim that this is just an adjustment period. But that by no means detracts from the fact that it’s a badly thought out scheme for hackney roads and has been applied as cheapskate alternative to proper cycling infrastructure. It’s either that or your world view is so myopic, you can’t see what is right in front of your face.

The idea of “15 minute cities” sounds great on paper, but when you apply it to a road network established in the 1700s that meanders from village to village, with no direct access to major highways then it falls rather short of being practical. People don’t move to London and live where they work (unless they become a career politician). People live where the do because it’s what they can afford with access to transport routes, whether that be by train, car or bike.

The nature of London, is as network of connected villages; as such each village has an obligation to each neighbouring borough to provide effective transit through or else the whole system falls into paralysis. The actions of Hackney council have a flow-on effect to neighbouring boroughs. So, much like a river when you block off road tributaries the overall volume of traffic on larger courses will increase to breaking point. You’ve stated that the current Hackney council policy is targeted towards out-of-borough vehicles, but by penalising them you have also penalised the residents of Hackney.

Keep in mind that Hackney has a smaller than usual vehicle ownership, so the people you are hitting the hardest are those who really need a vehicle, being elderly or disabled (or their carers), trades people and other working class who have no other choice for their livelihoods, than to drive. What you have a achieved is the opposite of the design – you have not freed us of traffic – the traffic is now apocalyptic!

I’m a cyclist but if I want to rent a Zip Car for an important reason, I can bank on an hour drive, just to get out of the neighbourhood. What’s more, as a cyclist, I’m somewhat offended that this has been done in name of cycling, on streets that already presented no issue in regards to safety or pollution. Additionally you are treating Hackney as an Island – it’s not. As a resident, each neighbouring borough is a vibrant part of the overall culture that makes living here great. For those of us that can cycle or walk they are still in reach. For those that cannot, you have now cut them off from life long relationships of huge importance.

I get that you want to convert Hackney into a lasting eco-cycling hub. But this is not Amsterdam. If it was Amsterdam the council would have first invested in thousands of miles of dedicated cycle routes and not just closed a bunch of roads, patted themselves on the back and then arrogantly ignore the outcries of the citizens. Like you, I wish to see a greener hackney (and London). But please, quit this charade – remove these stupid barriers and invest in genuine cycling infrastructure that encourages people to cycle safely, whilst still enabling residents with a genuine need of vehicles to continue using them without hours of gridlock. You keep pretending that this scheme is working. It’s not.