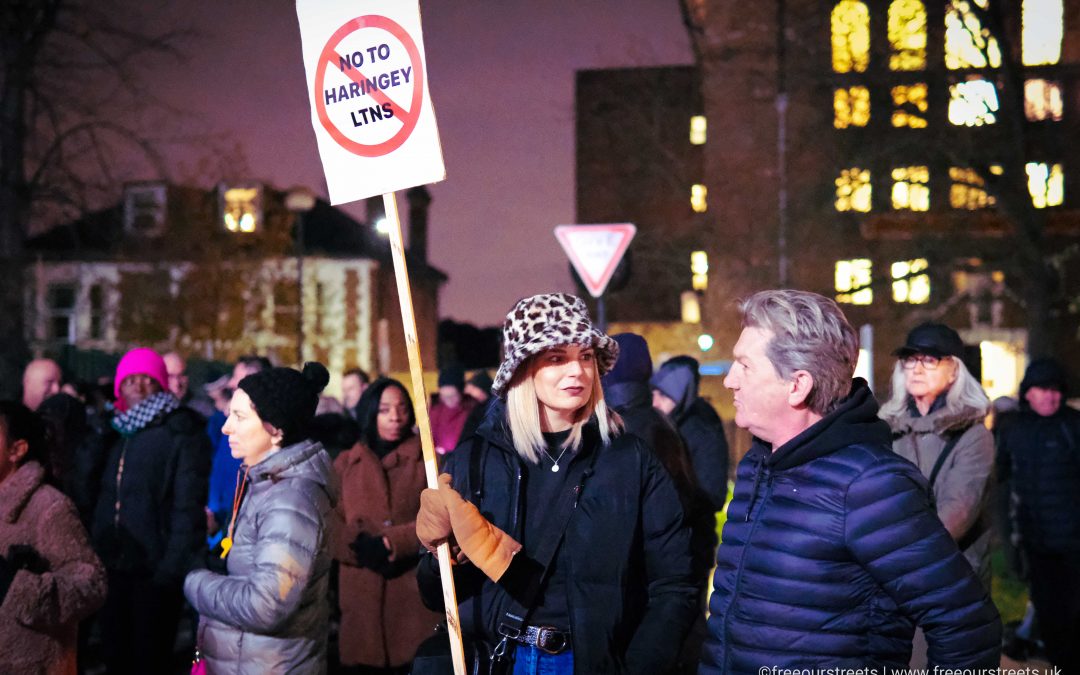 If this week’s decision by London Mayor Sadiq Khan to expand his controversial Ultra Low Emission Zone (ULEZ) scheme is anything to go by, then the answer is an obvious yes. From next August the zone will be expanded to cover the whole of Greater London. It will reportedly include another 200,000 drivers, forcing them to pay £12.50 each day, if they own and drive an older vehicle.

This was despite a widely publicised TfL consultation this summer. Over 2.3 million emails were sent to complete the survey. Its results were irrefutable. 60 per cent of Londoners were against the proposals. This figure rose to “a staggering 80 per cent of people who work in outer London”.

Khan’s use of consultations, and to subsequently ignore them, is just the latest example of how elected politicians sideline the public’s opinion in favour of their own agendas.

He is not alone. Countless local authorities and councils who have proposed a variety of road closurer schemes, have sought to ask the public’s opnion, only to ignore it.

Hackney Council in East London is a case in point. They lead the way having brought in 19 Low Traffic Neighbourhoods (LTN) schemes using emergency traffic orders during the Covid lockdown.

Every time, they overrode local majority verdicts making permanent a raft of road closures that have severely affected how everyone uses once open roads. Crucially, during each consultation, when surveyed, more than 60% of respondents wanted them removed. Yet, every time the public’s opinion — after being asked — was ignored. Which begs the question, what worth are consultations if their results are going to be ignored?

In 2021, the Telegraph pointed out that “in the consultations made public so far, 18,314 people have expressed a negative view of the active travel schemes, vastly outnumbering the 7,020 residents who expressed their support.” Since then the same pattern has continued: the public says no but councils push on regardless.

In some cases, councils have withheld consultations results altogether. Forcing residents to resort to lodging their own Freedom of Information Requests (FOIs) to uncover consultation results. Take the case of Brent in west London. One resident, Sarah Rollinson, forced her council to disclose two LTN consultation results. Her detetive work reveal that in the Olive Road Area, there was a huge 787 to 198 majority against its road closure. She also found another case of a hidden majority in the Dollis Hills area. Only 41 respondents were in favour of its LTN, with a far higher 287 were against it.

However, online consultations are designed – perhaps purposely – to avoid asking questions that result in clear majorities or provide clear answers. A clue is provided by London Cycling Campaign’s (LCC) input, who have lobbied for, and helped design many LTN schemes. In their co-authored ‘A Guide to Low Traffic Neighbourhoods’, they offer friendly advice to councils, to “avoid questions that elicit yes/no answers”. Instead, they suggest using “sliding scales of approval” and other methods that help to diffuse and deflect the public’s response.

While the questions being asked should raise concerns, so too should how the results are presented. Many LTN consultation excercises result in lengthy reports that leave you wondering if their main aim appears to be about deflecting and confusing the public with mountains of information, rather than providing much needed clarity.

Each one comes with multiple documents, that need to be waded through to arrive at any kind of meaningful answers. Laden with lots of ambigous questions, requiring much analysis, to get even close to a conclusion. ‘Do you spend more time in the area?’ ‘Is it easier to cross the street?’, ‘Does the street look nice?’ ‘How many people run or jog?’, ‘Is there more space for cycling?’, ‘Are car trips inconvenienced?’ Perhaps expectedly, these reports delve into significant detail about respondents’ sexual orientation, age, ethnicity, favored mode of travel, car ownershp, and not forgetting, sexual orientation.

Such ambiguity of the questions asked, together with the analysis of the minutiae of the data, makes it incredibly hard to draw any solid conclusions from it all. Seldom is  the public are as a whole, with common interests or needs. Instead, time and again, each consultation ends up further segmenting public opinion into all kinds of ‘boxes’, further obfuscating making any kind of sense from it all. It’s no wonder, in the case of Islington’s Amwell report, comes with a gargantuan 17 accompanying documents!

Of course, having too much information is never a bad thing. Yet, it’s the questions being asked that makes it nearly impossible to draw any clear conclusions to what should be clear yes/no answers, do residents want LTNs to be retained or removed from their local streets?

Rather, what each attempt at a consultation illustrates is, an endless ‘process’ of public engagement for its own sake. According to Commonplace, the experts brought in to organise many LTN consultations, their aim is an ongoing conversation. As their website says of their process (and online platform), “We host open digital conversations that are easy to participate in and representative of the whole community.” Accordingly, everyone has an opinion, all are nonetheless valid.

Which, however, begs the crucial question: who or how are decisions made from hereon in? Unsurprisingly, given the ambiguity of these consultations, it is ultimately the councils themselves, with their armies of officers, officials and outside experts, who become the sole arbiters of our public opinion.

It was certainly the case that during Covid lockdown, the Conservative Government’s guidance to councils gave them an emergency mandate so that they could overlook the public’s democratic input in local affairs.

Councils took the opportunity to implement projects without needing any prior consultation. Councils like Hackney used the opportunity to revive projects already rejected by residents.London Fields LTN closure was one example where they imposed it, regardless.

Yet, today, post-lockdown, these ‘digital conversations’ that masquerade as democratic participation should really be a wake-up call for everyone concerned about local democracy. With each one, it is clear our democratic voices are being seriously eroded. It is time for citizens to return to the real public square and take back our democracy.